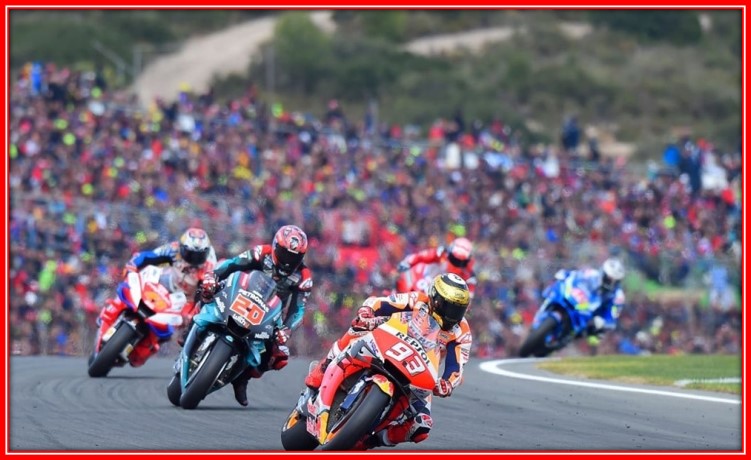 Without a doubt, Grand Prix motorcycle racing is a sport so sweet to the heart. Here, we unveils to you, the Greatest MotoGP Riders of all time.

Over the years, the game has expanded its popularity because of the fierce nature of speed which it brings. Unlike other popular sports in the world, MotoGP has a charm of its own. It is one that sets it apart from NASCAR and Formula 1.

RankingFacts have taking its time to enlist the 10 Greatest MotoGP racers of all time. Now without further ado, let’s proceed.

Power Ranking the 10 Greatest MotoGP Riders of all Time: 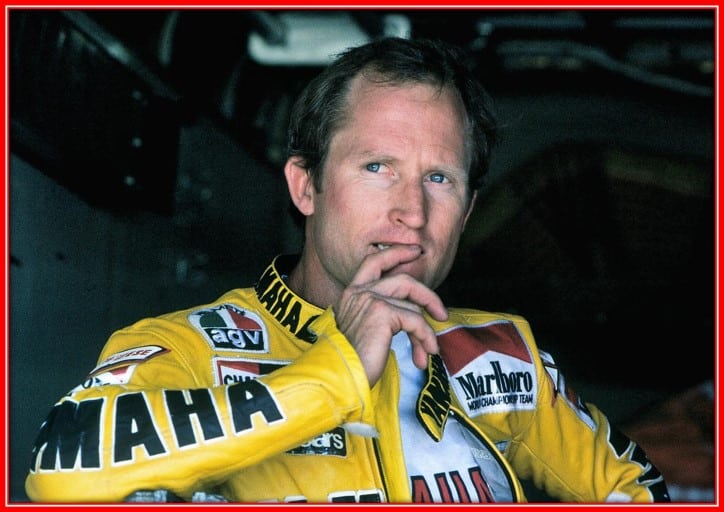 As a MotoGP pioneer, the American racer is known to be among those that transformed the sport. This legend introduced the knee down rear-wheel steer technique which is nowadays, useful on the track. Even at that, Roberts was the first rider in the 500cc circuit of motorsport racing to win the championship in his debut season.

Amongst many, he will particularly be remembered for his intensity which made him achieve a lot in the game. On the list of his major achievements, Roberts has 24 wins and 44 podium finishes out of the 60 races that he had started. What a phenomenal record that is! 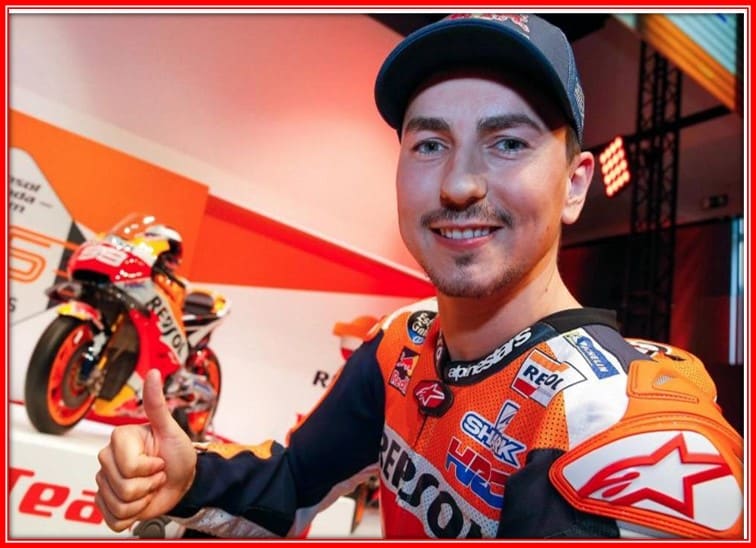 Lorenzo makes the list of MotoGP Riders of all time based on his impressive numbers in modern era racing. Lorenzo has accumulated 47 Grand Prix victories and 114 podium finishes (which is only second to Valentino Rossi). A three-time World Champion in 2010, 2012, and 2015. The superstar his known for his surreal record of picking up 383 points in his first title-winning season of 2010.

The Spaniard throughout his career has amassed over 2900 points. His feud with Dani Pedrosa, Valentino Rossi, and fellow countryman, Marc Marquez his etched in everyone’s memory. Lorenzo retired from professional racing in 2019. He is presently a test driver for Yamaha. 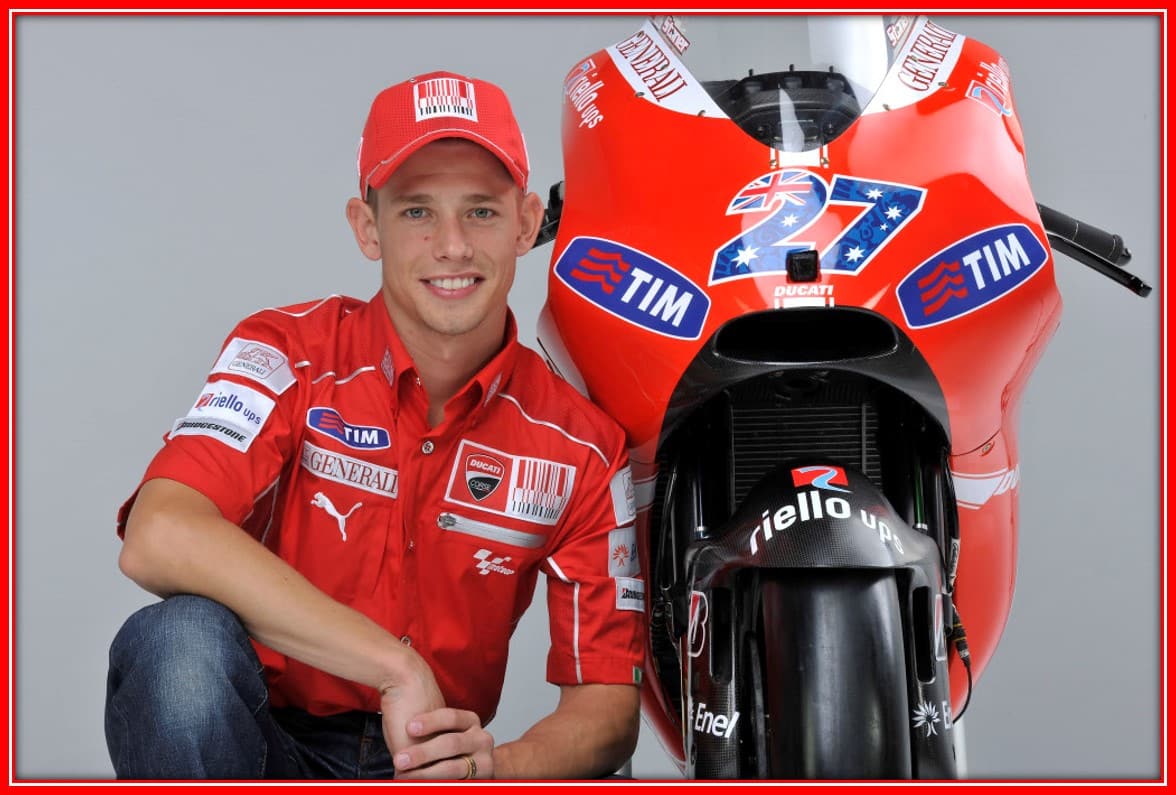 In his meteoric career, Stoner had portrayed his knack for winning races as he finished with staggering numbers. Because of this, he picked up 38 wins and 69 podium finishes in just 115 starts, becoming one of the best MotoGP racers of all time.

Moving on, Casey started the season and was having a dream run until he fell sick. The sickness struck in and his hopes of claiming the Championship withered away. Later in 2012, he announced his retirement stating that he longer enjoyed the sport. He wanted to spend time with his family, away from the stressful politics of MotoGP. 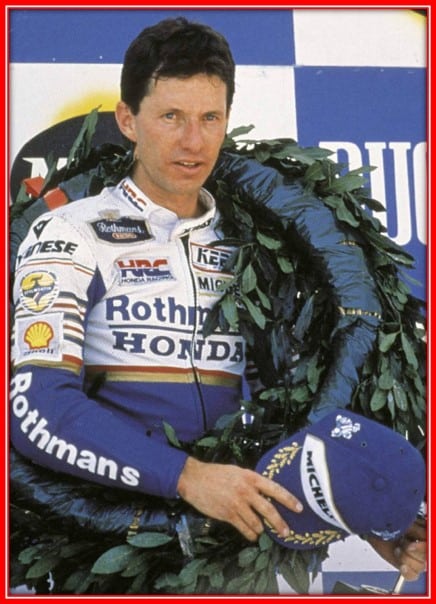 Popularly known as ‘Steady Eddie’ because of his steady composure on the bike, The American born was crowned world champion in 1984, 1986, and on two consecutive years in 1988 and 1989.

His steadiness reflects in his championship wins that he won with two different racing companies. His racing skills won him his first two titles with Agostini Yamaha whereas, the last one in 1989, he won it with Honda. They inducted Lawson in the Motorcycle Hall of Fame in 1999, and Motorcycle Hall of Fame of America in 2002. He ended his career with 31 wins and 78 podium finishes from 127 starts. 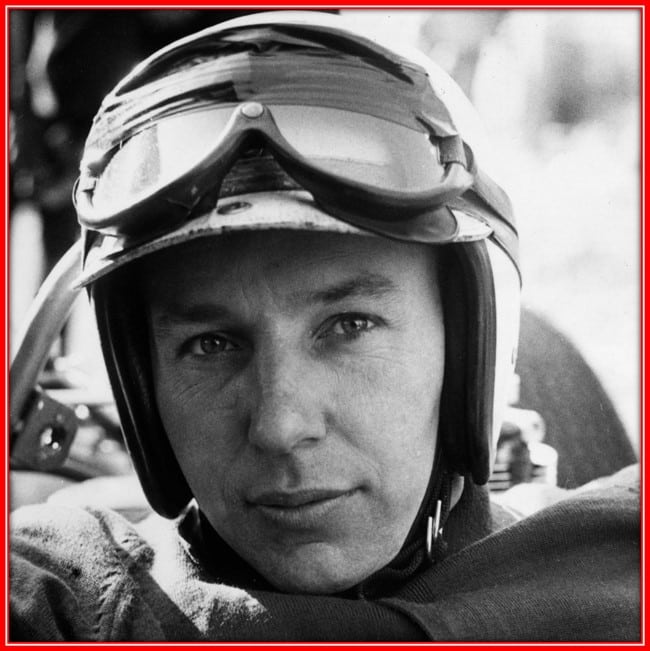 Being one of the best MotoGP racers of all time. Surtees in 1964, became the only MotoGP racer to have won both the Motorsports and the car racing World titles. He raced for heavyweight Formula 1 team like Lotus and Ferrari.

Big John has four world titles in the 500cc category and three titles in 350cc in his kitty. He won the Motorsport Grand Prix premiership 1956 and three consecutive titles from 1958 to 1960. John Surtees left us for his heavenly abode in 2017. Thus, marking the end of the greatest British Motorsport racer of all time. 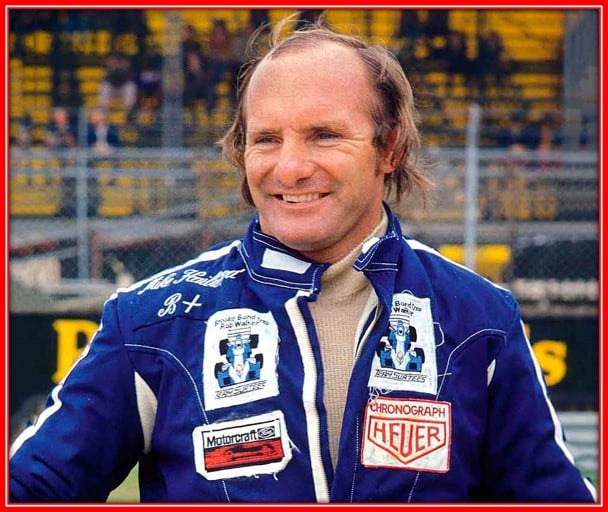 The British lad nicknamed  ‘Mike the Bike’ is one of the best MotoGP racers of all time. Debates have popped up repeatedly about who is better between him and Surtees. The comparisons have certain reasons validating each point.

Looking at both, Hailwood just like Surtees had made a move from Motorsports racing to Formula 1 racing. However, unlike Surtees, Hailwood wasn’t successful in Formula 1. Unfortunately for him, his dreams of being successful in that field wiped away when his car crash in 1981. Despite that, I will forever remember him for his four back-to-back titles from 1962 to 1965 in 500cc premier class category. 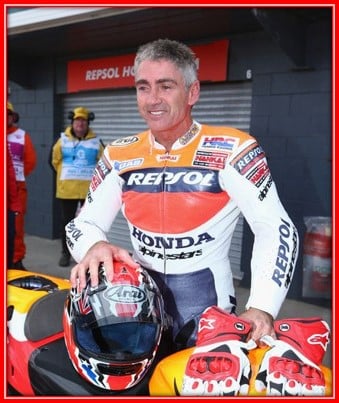 To begin with, Doohan’s career lasted for eleven long seasons to showcase him rallying in races on his Honda. He raced from 1989 to 2000, in which he triumphed in five straight years from 1994 to 1998. Similarly,  he is also a mechanic, as he had expert knowledge and insight into 500cc motorcycles. It’s widely known how he used to tune and fix his own Honda motorcycles up.

In just 37 starts, Doohan had accumulated 54 wins and 95 podium finishes to his name. He also has the credit of winning a Superbike world championship race. 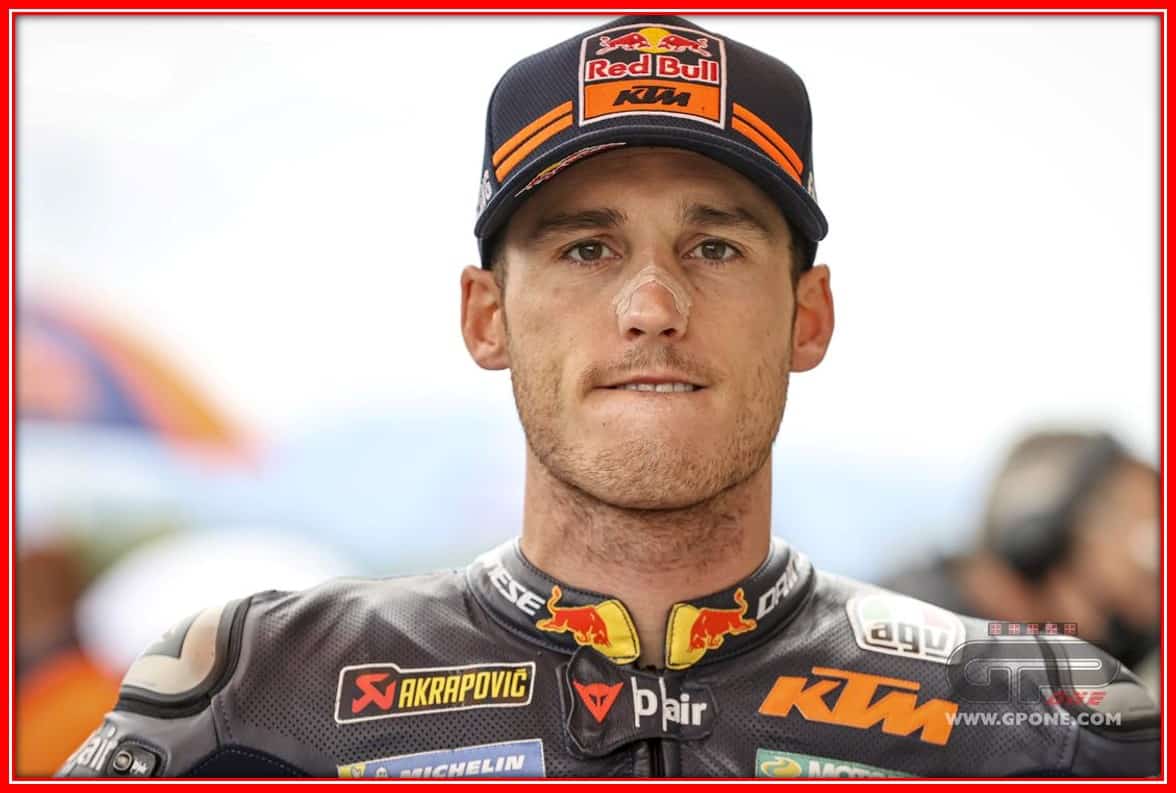 Being the youngest ever MotoGP winner,  Marc Marquez stormed into the scene of MotoGP racing in 2013. Winning in his debut season, he became the first racer to do so since Kenny Roberts in 1978. As a result, the nickname him the ‘Ant of Cervera’, meaning the ‘Thunder of Cervera’.

Marc has become a household name in Spain, a country known for its craze for racing. Out of his 8 Motorsport Championships, Marquez has made an indelible mark in MotoGP winning 6 titles in it.

He has 56 wins and 95 podium finishes in 127 starts. In 2010 and 2012, he won the Moto2 Championships. Whereas, he has won seven MotoGP titles from 2013 to 2019. Similarly, He was ranked first among the top MotoGP riders of 2019.  Above all, If Marquez continues on his current form, he might go onto be the greatest MotoGP racer of all time. 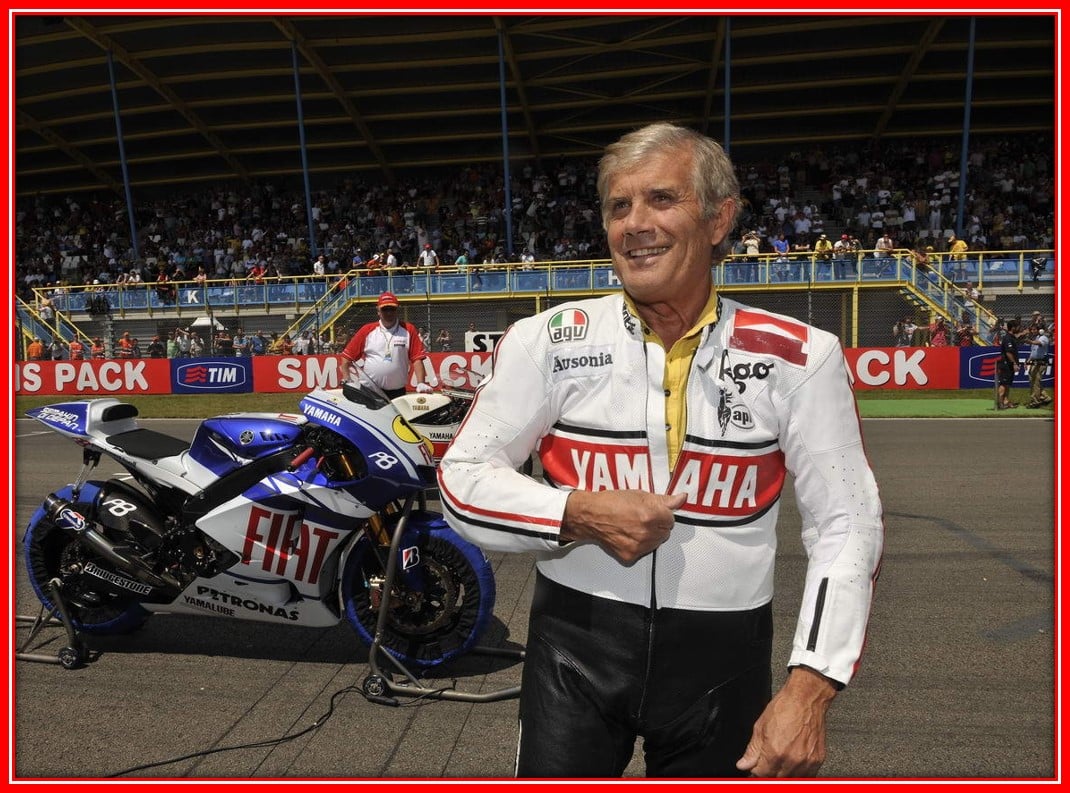 In the runner-up spot comes Giacomo Agostini, who we regarded as a MotoGP legend. The Italian is a great ambassador of the sport as he still works for the benefit of Grand Prix Racing. Yamaha fans will always remember Agostini as he handed them their first victory. Subsequently, he won his last Championship with Yamaha, ending the dominance of his previous employers MV Agusta.

He won seven consecutive Grand Prix titles from 1966 to 1972. As a result, he was the face of Motorsports racing in the 1970s. With 122 career wins. Accumulating 1577 career points and 159 podium finishes, they acknowledge Agostini to be one of the MotoGP greats of all time. 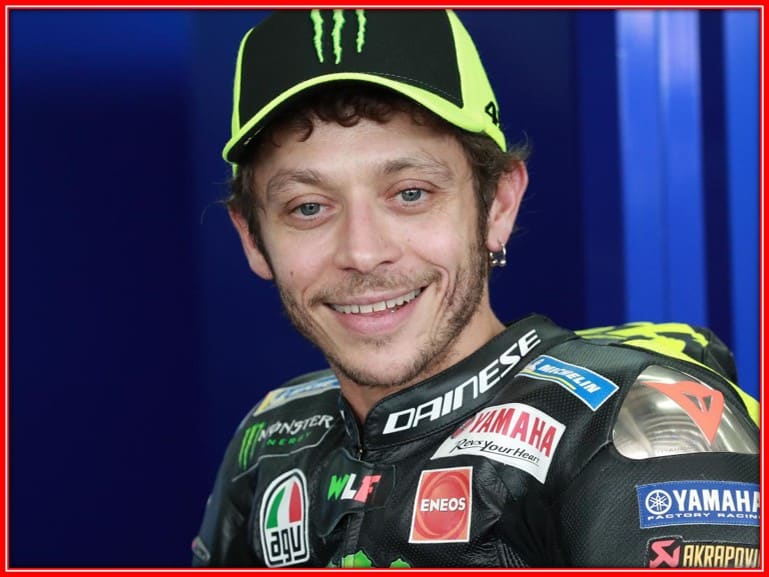 As at the time of writing, Valentino Rossi is the MotoGP greatest of all time. The Italian has nine Motorsport championships to his credit, out of which seven have come in the top-level premiership.

Nicknamed as ‘The Doctor’, Rossi’s jaw-dropping career statistics even surpasses that of Giacomo Agostini. With the turn of the millennium, Rossi’s grandeur as a world-class racer surfaced before everyone. He won five consecutive titles 2001-2005 at a stretch.

Two decades into the sport, Rossi is a living legend. His superstar status has helped the world of racing a lot, flocking in fans towards it. With 89 wins and 198 podium finishes, Rossi holds records galore and is head and shoulders above others.

Ranking motogp riders, we realize that all names are legends of the sport. They have not only created an identity for themselves but also upheld Motorsports racing to the world. Each one of them holds unique records and has left fans around the world enthralled.

After reading through the list, who do you think is missing on our list of MotoGP racer of all time? Is there any of your favourite racer not included in our list? Share your comment and thought with us below. You can as well check out the best site for MotoGP streaming.