HomeMoreUFCPower Ranking The 10 Greatest UFC Fighters Of All Time
MoreUFC

Power Ranking The 10 Greatest UFC Fighters Of All Time 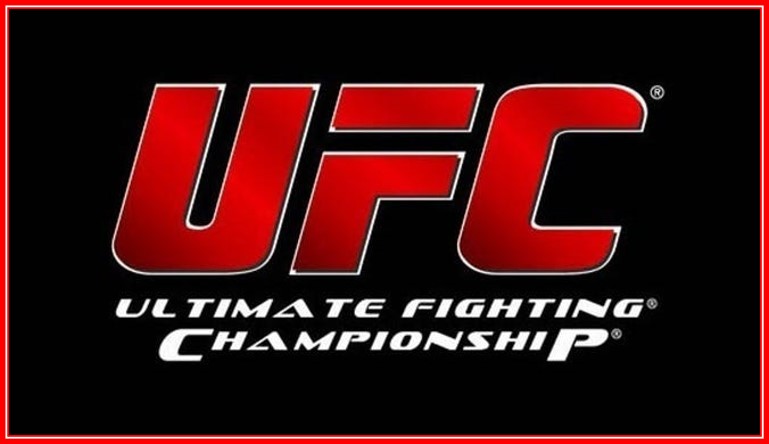 Legacy is the number one priority in The Ultimate Fighting Championship. These days, ask any fans who the greatest UFC fighter of all time, and you’re more likely to get an argument.

We’ve now seen the new school and old school in the UFC’s Octagon, Strikers to wrestlers to grapplers. The advancement has seen its share of unbelievable talent during the last 20 years, with no shortage of personality types to go with it.

Ranking facts present to you a list of the absolute best of the best, the trailblazers for sure, but also clearly the guys you wouldn’t want to bet against the night of a fight. It takes a special fighter with a special mindset to thrive in the chilly atmosphere of a steel cage. Trust me, Nobody did it better than these men.

Here Are The Greatest UFC Fighters Of All Time

UFC Hall of Famer, Liddel paved the way for future generations of MMA stars. The former champion was a cultural phenomenon that played a major role in the UFC’s early success. His rise to stardom culminated at UFC 47 in 2004 against Tito Ortiz, which was the biggest fight the UFC had seen.

He finished his rival in under 40 seconds of the second round and became the first person to knock out Ortiz during a fight. The win marked the start of a legendary run for Liddell, whose influence on the sport makes him one of the best MMA fighters ever.

Despite having a peppered record of wins and losses (19-11) the UFC veteran was one of the first wrestlers to make a mark in the sport. They credit couture for helping bring MMA into mainstream sports. The 56-year-old was a three-time heavyweight and two-time light heavyweight champion.

From Chuck Liddell to Tito Ortiz, Kevin Randleman to Brandon Vera, Couture has challenged many of the MMA greats. Over his 14-year career, ‘The natural’ has set many records and defined what it means to be a top fighter in the world of MMA.

The two-division champion, Nunes has unrivalled dominance in women’s MMA. Over the course of her 13-fight UFC career, “The Lioness” has beaten every woman to hold championship gold in the bantamweight and featherweight divisions. She bulldozed her way past MMA superstars, Ronda Rousey, Miesha Tate, Germaine de Randamie, Holly Holm and Cris Cyborg.

Not only did she defeat all five former champions, but she has finished them all in the first round. This earned Nunes the best female fighter of all-time title.

Since claiming the lightweight title in 2018 against Al Iaquinta, “The Eagle” has earned his place among the greatest fighters in MMA history. At UFC 229 in his first title defense, Khabib made history against his arch-nemesis, Conor McGregor. He used his trademark grappling skills to submit “The Notorious” and defeated Dustin Poirier similarly a year later.

Despite racking up an undefeated 28-0 record, the 31-year-old has only defended his lightweight belt twice. Because of COVID-19 travel restrictions, it forced the champion to withdraw from his eagerly expected bout against Tony Ferguson. Khabib will need to face off against other top-ranked fighters to build his reputation as the MMA king.

Before becoming an MMA star, Cormier was an Olympic wrestler and team captain for the US 2008 squad. His wrestling experience served him well as “DC” made his MMA debut in 2009 and tallied 15 back-to-back wins. These feet made him achieved a near-faultless record in the UFC and have defeated several knocked-out artists such as Derrick Lewis and Anthony Johnson.

The 41-year-old became one of the UFC’s only two-division champions as he held the heavyweight and light heavyweight titles simultaneously. However, his career took a turn for the worse in his last octagon appearance against Stipe Miocic. Cormier first beat Miocic by first-round KO in 2018 at UFC 226, but lost their rematch by fourth-round TKO a year later. We expect a trilogy bout to take place at some point and will determine who is the heavyweight king once and for all.

The former inaugural flyweight champion, Johnson set the gold standard in the UFC men’s lightest division. The 33-year old claimed the 125-pound title in 2012 against Joseph Benavidez and successfully defended his title a whopping 11 times. He was widely considered the number one pound-for-pound fighter in the world up until his 2018 loss to Henry Cejudo.

The former champ lost by split decision and fans were divided over which fighter performed better. Even Cejudo recently named his former opponent “Mighty Mouse” as the greatest fighter of all time. Johnson eventually parted ways with the UFC but continues to assert dominance across the pond at ONE Championship.

Emelianenko was an unstoppable force in the early days of MMA and has long been in the conversation as one of the best. The Last Emperor” made his professional debut in 2000 and he didn’t lose a fight for the following nine years. In that time, the heavyweight titan used his submission skills and knock-out power to rack up 27 wins.

The Russian athlete has won accolades in multiple combat sports and was dubbed the greatest MMA fighter of the decade by Sports Illustrated. His blockbuster bout against Mirko ‘Cro Cop’ at PRIDE FC earned him the reputation as the most feared opponents in MMA.

Anderson Silva is an MMA legend who has gone to battle against the toughest opponents in the middleweight division. “Spider” fought top prospects such as James Irvin, Forrest Griffin and Stephan Bonnar and tallied a record-breaking 16-fight win streak. He also secured ten successful title defences for seven years which earned him the longest title reign in UFC history.

The 45-year old’s masterful striking and knockout finishes earned him several ‘fight of the night’ and ‘fighter of the year’ distinctions. However, doping violations for steroid use and consecutive losses towards the end of his career have cast a shadow over an otherwise phenomenal record.

The Canadian athlete is often dubbed the greatest MMA fighter of all time, and for good reason. The fan favourite became a two-division champion in both the middleweight and welterweight divisions. He has built an impressive resume (26-2) in the sport, defeating UFC legends such as Michael Bisping and BJ Penn. His only two losses were against Matt Hughes and Matt Serra, but “GSP” bounced back in both rematches and proved to be the better fighter.

St-Pierre also proved to be a man of integrity, as he has never experienced a doping violation throughout his 15-year career. He held the record for the most title wins and held 13 consecutive victories before deciding to quit whilst he was ahead. St-Pierre hung up his MMA gloves for good in 2019 and cemented his position as one of the world’s top MMA fighters.

The undisputed light heavyweight champion and widely regarded Greatest Of All Time. Jon Jones Childhood Story  issomething that will interest you to know about. His fast and furious rise to stardom took place in 2003 when he beat Mauricio “Shogun” Rua by TKO to become the youngest UFC champion.

The 32-year old has accomplished a professional 26-1 record, In fact, his only loss was due to an illegal elbow disqualification in 2019. His legacy within the sport has been put into question, especially following his last fight against Dominick Reyes. Jones won by unanimous decision, but many fans were shocked at the judges’ ruling and felt his opponent should have won.

In addition to rising tensions with the UFC and Dana White over a possible Francis Ngannou fight, Jones announced his decision to vacate the light heavyweight throne earlier this month. Other controversies that have tainted Jones career include failing a drug test which led to a ban by the UFC at some point in time. Nevertheless, his undeniable fighting ability and track record have stood the test of time, making Jones one of the best MMA fighters ever.

There you have it, the greatest UFC fighters of all time. Who do you think is missing on the list? Is there any of your favourite fighters not featured in our list? Share your comment and personal thought with us below.