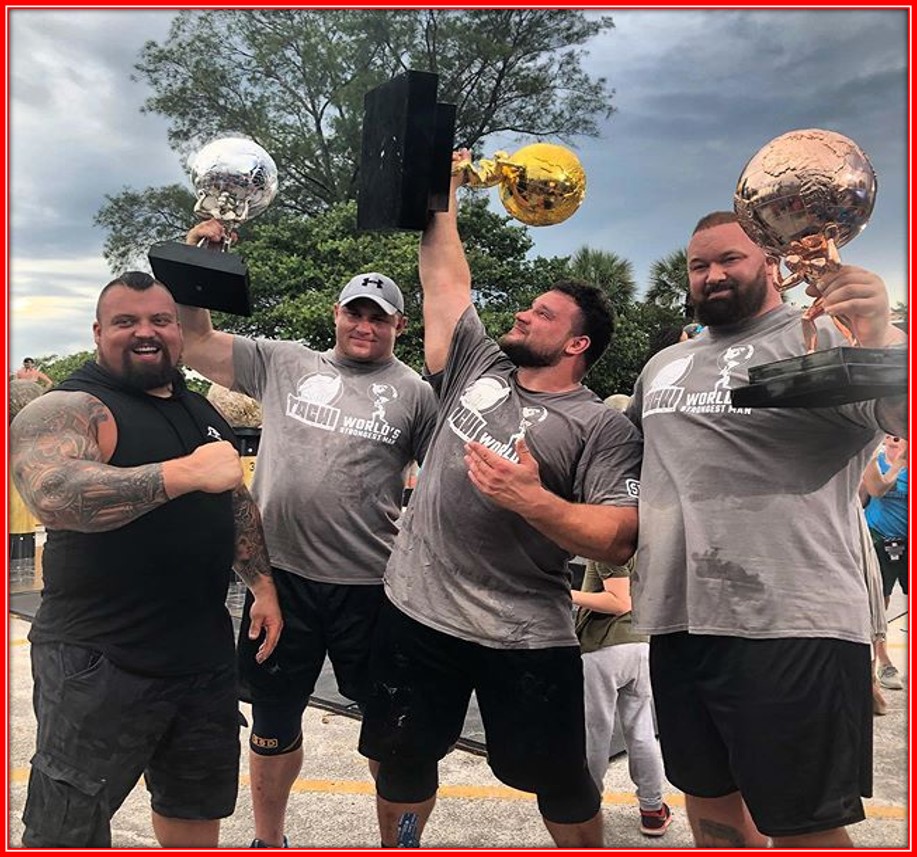 Sports lovers have asked… Who is the strongest man in the world? Our team have combed the recorded history of all strength sports to Rank Facts with a definitive list.

As early as the 15th century, there have been strongmen who have exhibited enormous strength beyond regular men’s capability. However, there were no sports, such as the World’s Strongest Man, designated to measure their power level until the modern era.

In this article, RankingFacts takes a look at the top 10 strongest men ever in the modern era. Let’s tickle your curiosity with our all-time list.

The Strongest Men in the World Ever: 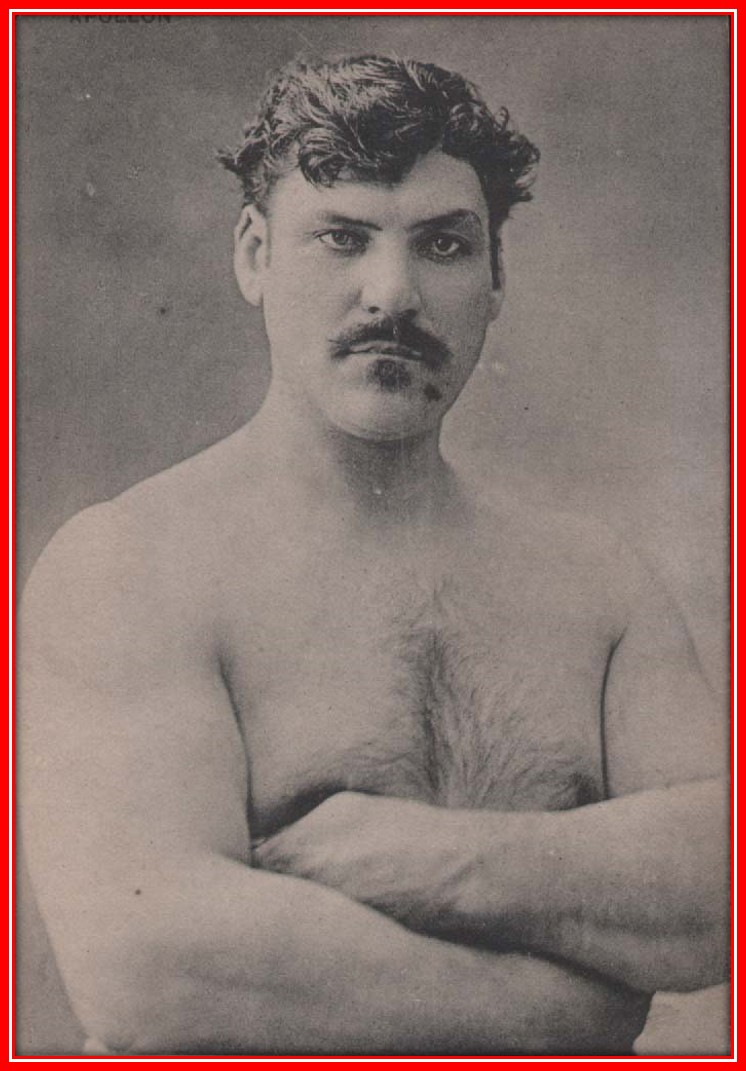 Being famous for his grip strength and was the most powerful man alive in the late 80s. Loius was a showman who often once entertained passers-by with his tremendous strength ability. Louis Uni partakes in the 1889 Greco-Roman wrestling competition and quickly lifted 118-kilo train-car wheels like nothing. Similarly, in 1892, he lifted 115-kilogram double barbell, at a point holding up the barbell with a single hand. In his era, There was nobody like him, achieving tons of accomplishments. 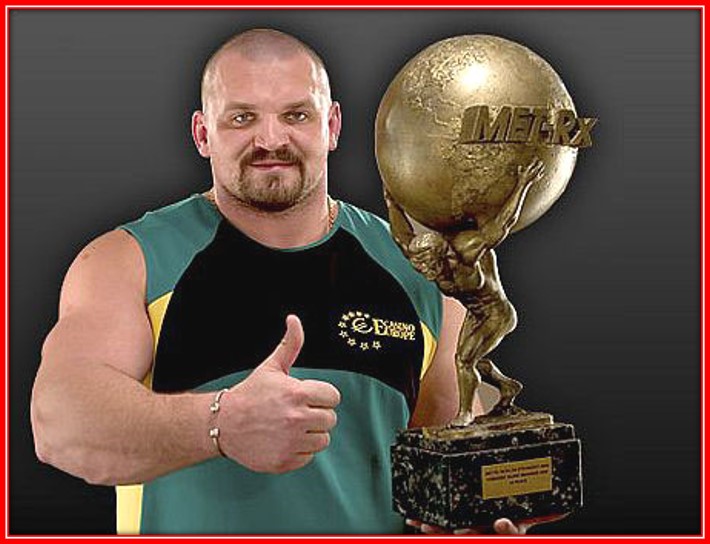 Being the face of all strong men all over the globe when he was named the 2004 World’s Strongest Man. A few years down the line, Vasyl defeated Zydrunas Savickas, a two-time IFSA World Champion, to become the first athlete to win the World’s Strongest Man title and the IFSA World title. He was no doubt a strongman who didn’t hesitate to showcase his strength at the slightest opportunity. 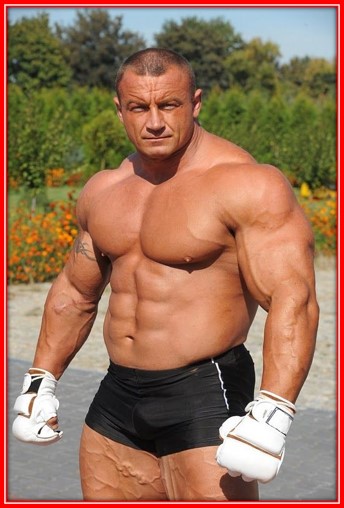 On our list of the strongest man ever is Mariusz Pudzianowski of Polish lineage. He is the only man alive to have won the World’s Strongest Man competition a record five times. His first attempt at the WSM title wasn’t so bad as he finished fourth. He didn’t return to the game the following year as he was serving a 19-month prison sentence.

In 2004, Pudzianowski was surprisingly beaten to third place in the World’s Strongest Man competition. The Dominator is currently a mixed martial artist. Nevertheless, in 2005 he regained his title and defended it successfully the following two years. 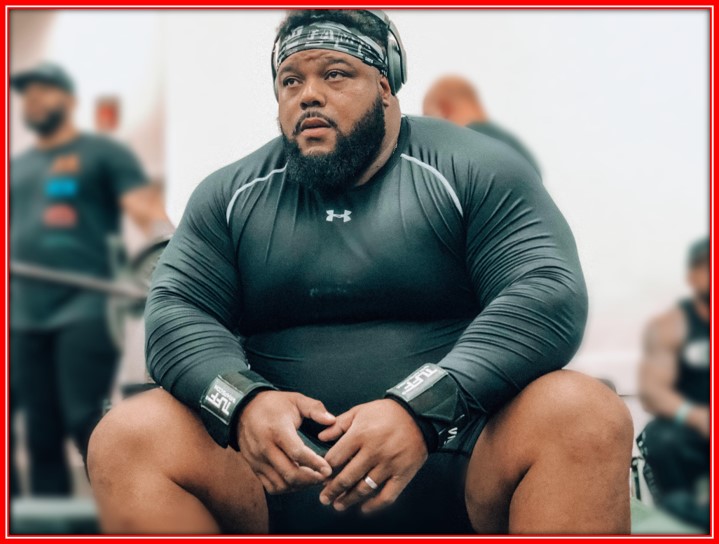 The incredible story of American powerlifter in 2019, is one to reckon with. August 2019 Julius Maddox, popularly known as “Irregular Strength,” achieved the first of his feat as he pressed a 739.6 pounds without a belt, thus beating the 738.5 Ib record of Krill Sarychev. November of that same year, he surpassed his world record as he pressed 744.1 pounds again. To sum up, In March 2020, Maddox performed the unimaginable as he set the world bench record, lifting 770 pounds at the Arnold Sports Classic. 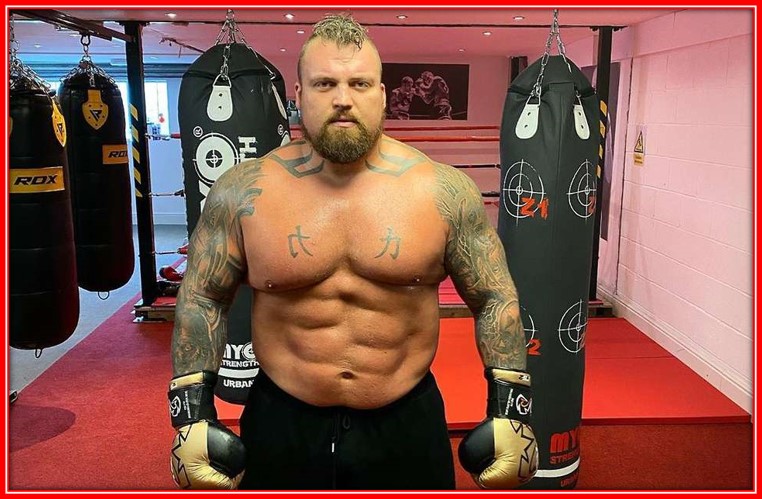 The English five-times Strongest Man champion, shot to the spotlight when he emerged winner of the 2017 World’s Strongest Man competition. One of the main highlights of his career is his distinguished world record in deadlift after he lifted 500 kg back in 2016. Several athletes later tried to surpass or achieve Eddie’s feet. However, all failed until Hafpor Bjornsson came to the scene and broke the record in 2020. He as well won the UK Strongest Man title six times. Hall deserves a spot among the strongest men in modern history. 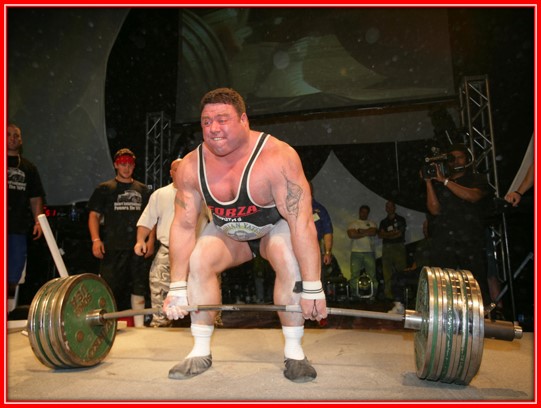 Andy Bolton is majorly known for being the first man to deadlift over a thousand pounds in a powerlifting competition. The English powerlifter had first engaged in his debut powerlifting competition at the age of 21. He participated in the 2002 Arnold Strongman Classic and came fifth place. His squats are incredible as well; he holds the current World Power Lifting Organization record hitting an impressive 1,213 Ib lift. 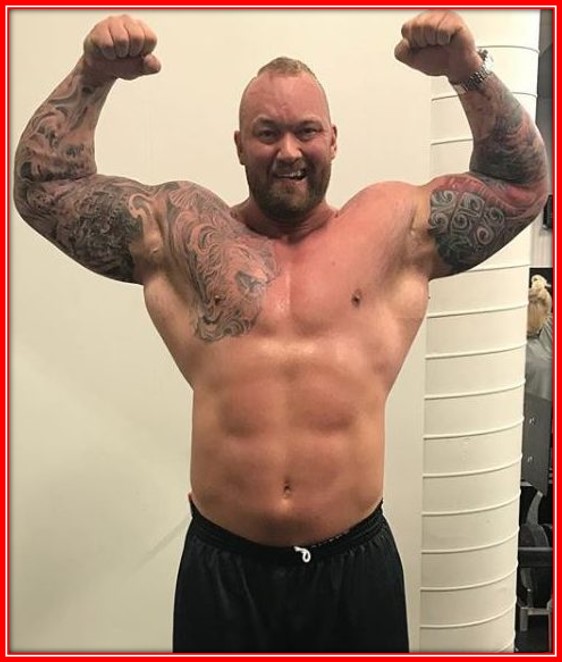 Bjornsson is widely known for his character role as Ser Gregor “The Mountain” in the famous series, Game of thrones. However, when he is not acting, he is a strongman. In 2015, at the World’s Strongest Viking competition in Norway, Bjornsson broke a 1,000-year-old record after carrying a 10-meter-long log for five steps. 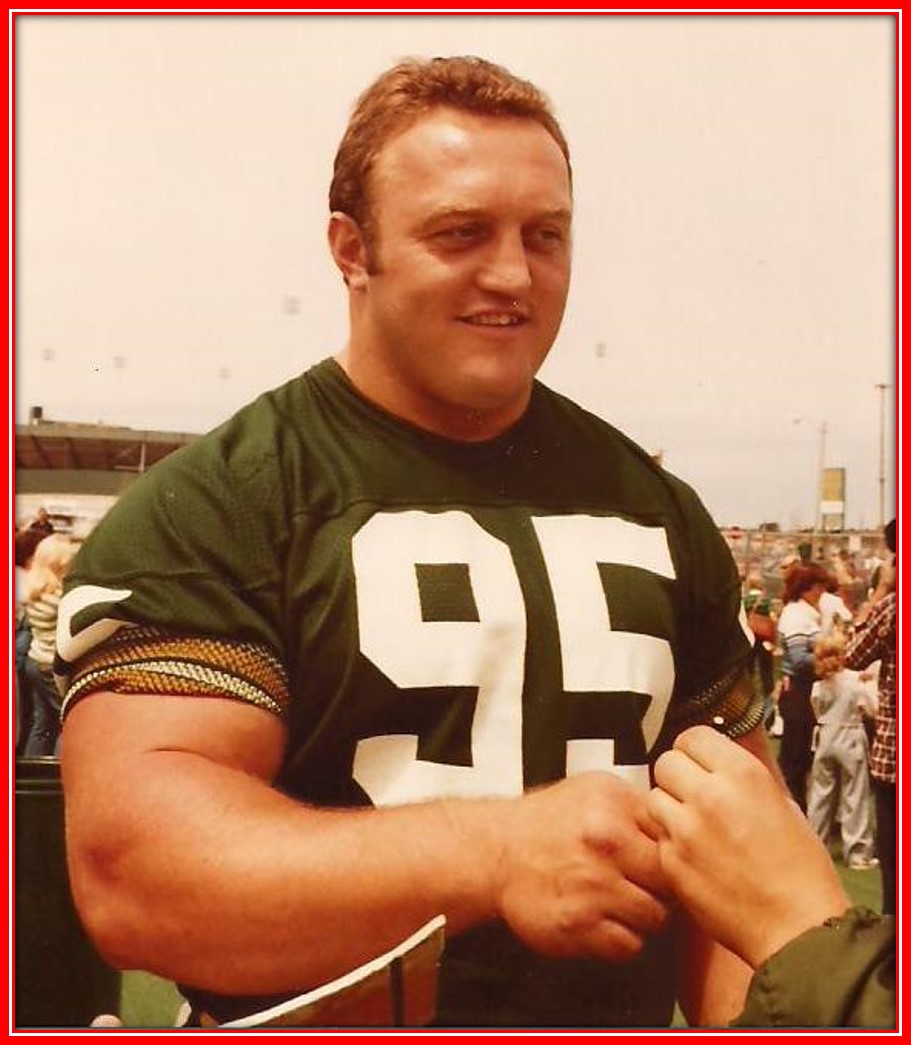 Bill, one of the strongest men alive today, is an American former powerlifting world champion. He was a notable and feared figure in strength competitions in the 1970s–1980s. Kaz set several strongman records, including being the first person to lift five McGlashen stones that weigh 250-300Ib a piece. He won the World’s Strongest Man competition thrice and excelled in feats of strength of famous fellow strong men in the modern era in his time. He was known for his claim to be “the strongest man who ever lived.” Bill Kazmaier is undoubtedly one of the strongest men on earth ever to live. 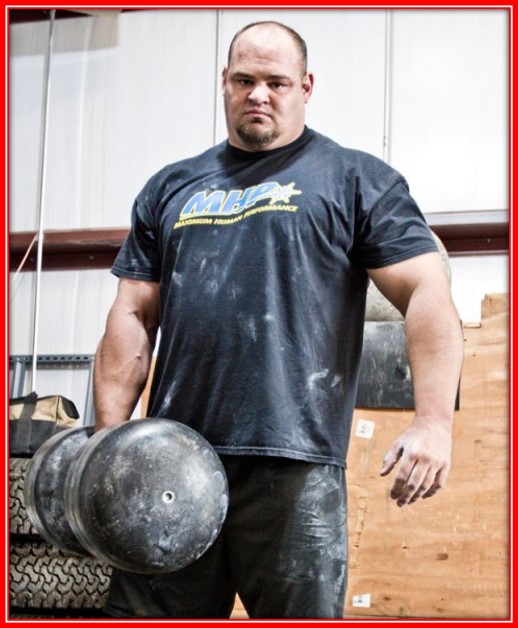 Brian undoubtedly holds a place amongst the strongest men in the world. He is a four-time champion of the World’s Strongest Man. Brian Shaw also won the Arnold Strongman Classic three times and once lifted 903Ib squat and 1,025Ib deadlift. He also won the Giants Live twice and the Strongman Super Series three times. 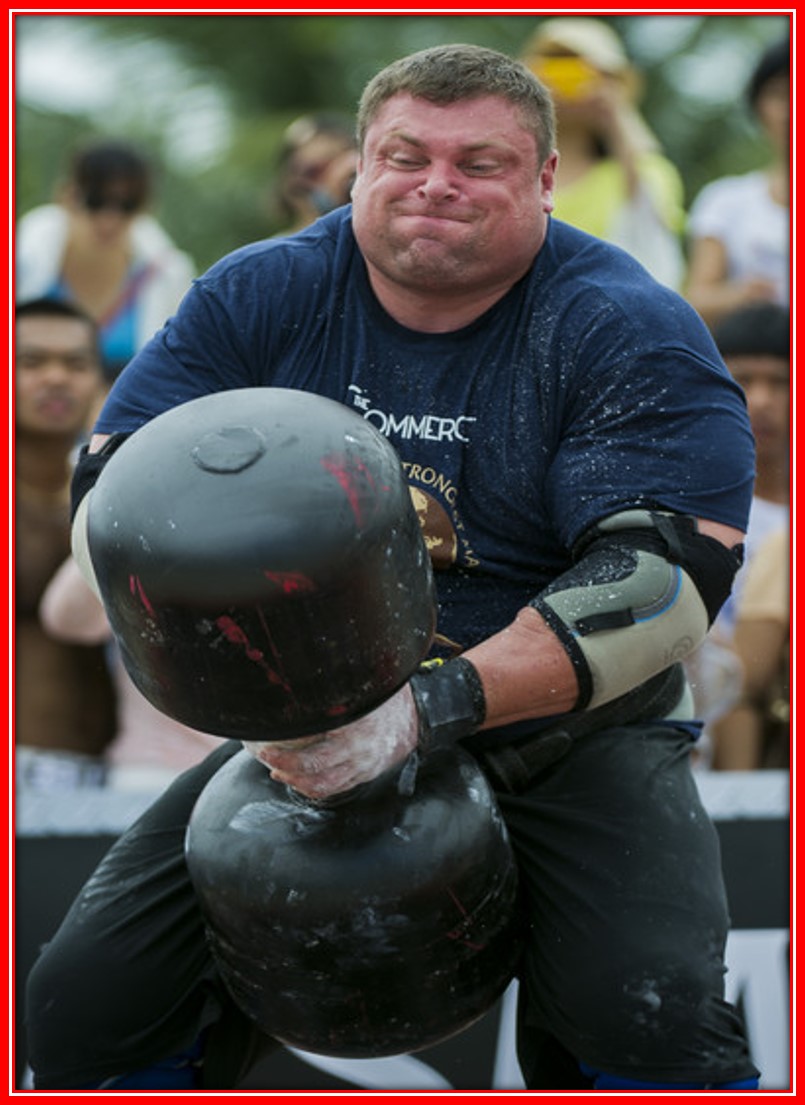 Zydrunas Savickas is unsurprisingly the number one strongest man on the planet ever, with numbers of tournaments won than one can remember or count. Back in 1998, Savickas won his first Lithuania Strongest Man contest. In 2001, he was severely injured during competition and was off all strength exhibiting games for about nine months. Many sports pundits thought his career to be over, due to the detrimental effect of the injuries. However, he reappeared on the scene in 2002, winning the Lithuania Strongest Man contest a second time, the beginning of his victory ramp.

Savickas went on winning the World Strongest Man competition in 2009, 2010, 2012, and 2014. The Arnold Strongman Classic, he won six consecutive times, emerged the winner of Europe’s Strongest Man three times, and the list goes on. One could write a whole bible on the achievement and feats of Savickas. He is truly the strongest man in the modern era.

What are your views on our top 10 strongest men in the world ever? Do you have any reservations as to how they supposed to be ranked in that order. Please, feel free to share it with us in our comments section below.

Check out our article on the Greatest football players of all time.