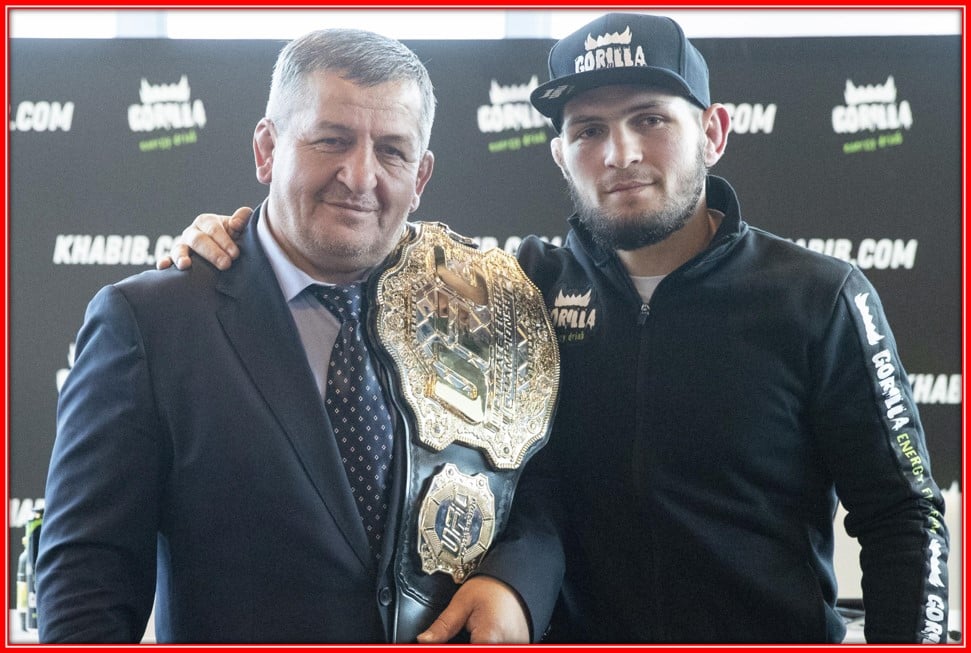 Khabib Nurmagomedov is one of the greatest fighters in Ultimate Fighting Championship history. There are many accounts of the Russian fighter under his honour and the entire UFC community is in awe of what he brings to the table.

As the UFC Lightweight Champion, The Eagle holds the record for the longest reign, having kept the belt since April 2018. Within the octagon, the warrior was invincible, but outside it, he is cool and wears his heart on his sleeve.

The unending help he received from his father, Abdulmanap Nurmagomedov, who passed away because of COVID-19 complications, provided most of what the Russian delivered in the octagon. 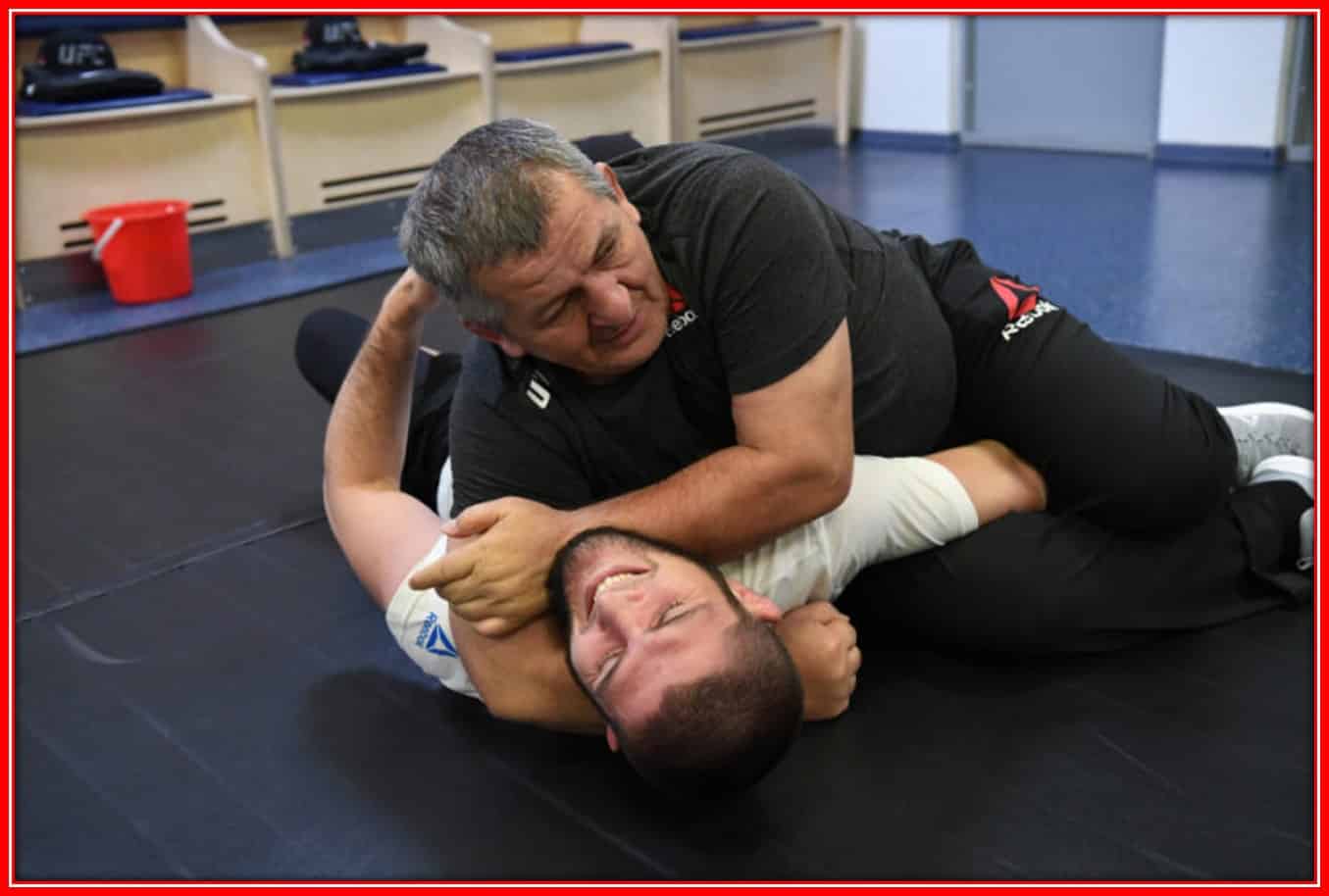 The father of The Eagle, Abdulmanap, had a vital role to play in making him the warrior he is today. One of his greatest moments occurs when Khabib was being crowned as the new lightweight champion.

His coach and mentor was his father, Abdulmanap Nurmagomedov. During his youth, he continued to teach The Eagle several martial arts styles. Thus, for Khabib and his father, winning the UFC lightweight championship seemed to be an emotional moment for the duo. 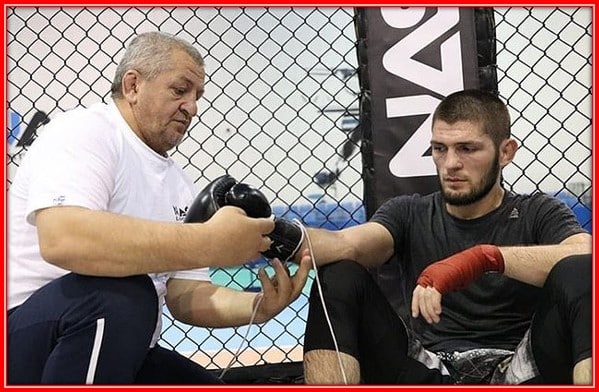 The pair shared many special moments, be it during their training sessions with the bear or the time of glory inside the octagon. One of the Eagle’s father’s moments that went viral was when he got the chance to see the Dagestani phenom tearing up his opponent for the first time. The Russian, predictably, won an exciting game in Abu Dhabi against Dustin Poirier. 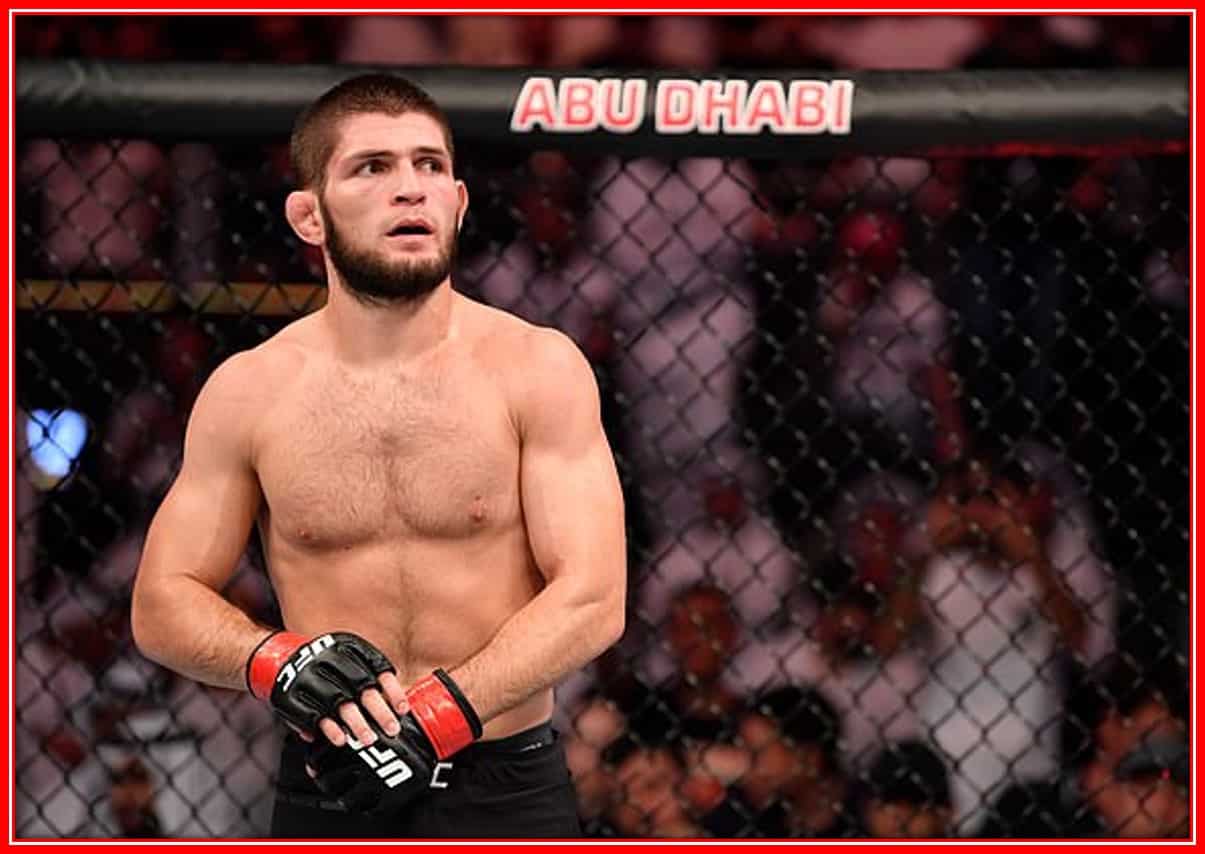 Khabib Nurmagomedov words on his father

We well know the intimate friendship Khabib and his father accorded to UFC fans. It is very clear that the death of his father shook him to the heart. Reasons he declared his retirement from the sport this year. This is what the legendary fighter said in one of his interviews:

“my father for me was like a coach, brother, friend, you know, everything. He never let me be a boss. He says when you become a boss you’re going to lose. This is a very dangerous thing. stay in your mind, white belt always. learn always.” 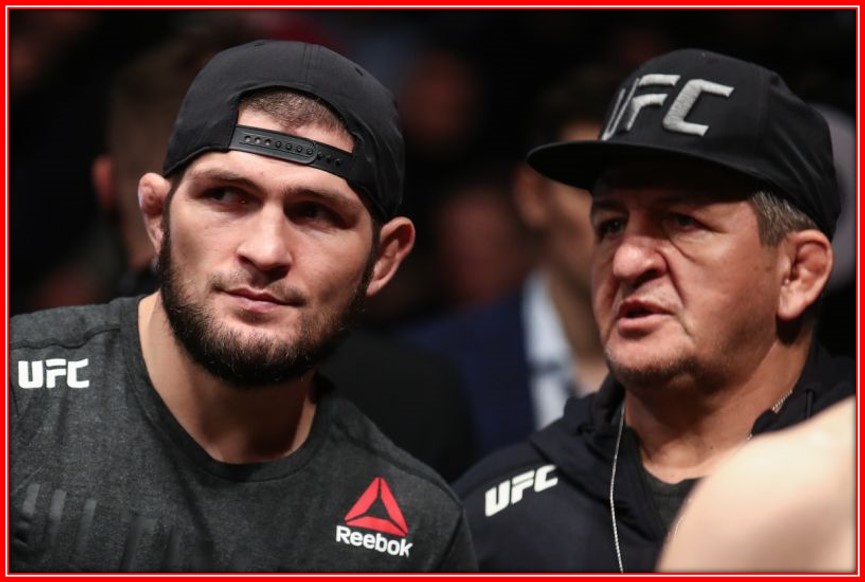 “My father takes young guys, like 7 fighters, when they were very young and make them UFC fighters. He worked with them for 14 years. This is not someone with 10 years in wrestling and goes to [an MMA gym] and they make him UFC fighter. My father, when he has a student, they come to him with nothing.”

The Eagle is one of the greatest fighters the sport has ever seen. The father-son pair surely shared many memorable bits with each other, and their fans will forever cherish them.

Power Ranking The 10 Greatest UFC Fighters Of All Time