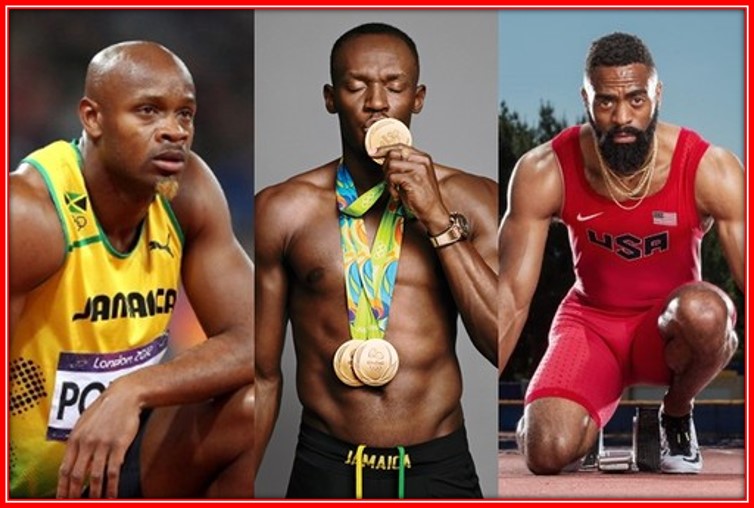 For years, Athletes have dared to reach their body’s top-most speed. To buttress this, Ranking-fact portrays the Top 10 World Fastest Runners. These are sports persons who have changed the world of Sprint Running – also called dash – in track and field.

For nearly a decade, Usain Bolt has dominated the world of athletics. Base on research, the average running speed of humans is about 19mph, while men can level up to 27mph. But as the sport advances with each passing day, we have seen several male sprinters trying their best to break existing records set by some of the world’s fastest runners to claim titles.

In this article, Ranking facts give you the compilation of the top 10 of fastest runners in the world ranked based on their 100m record time. Without further ado, let’s jump right into the fastest sprinters countdown. 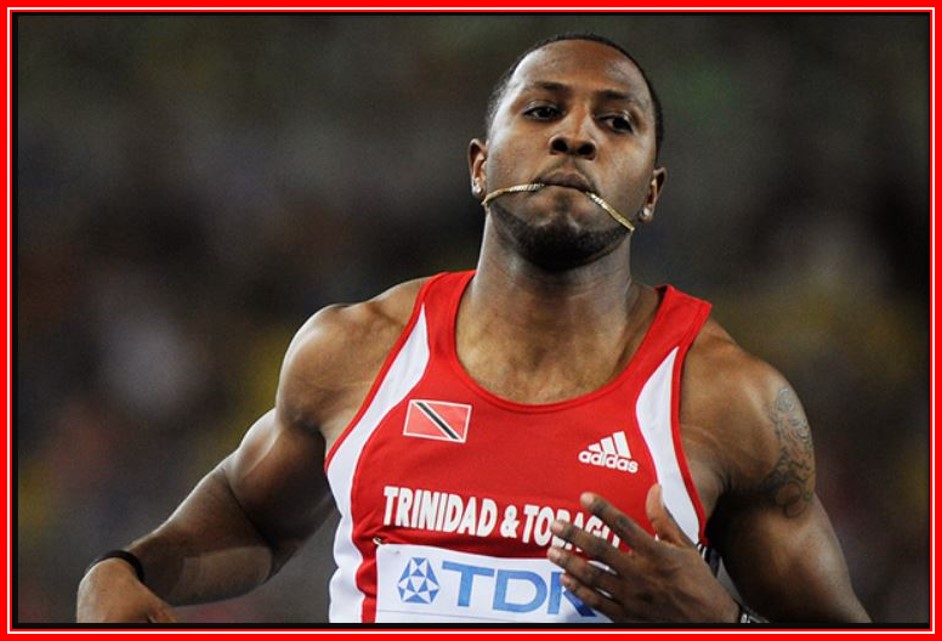 Popularly known as Torpedo,  Thompson is a sprinter who specializes in 100 meters. The track and field athlete who hails from Cascade, Trinidad, and Tobago, came into limelight in 2008 when the star came second behind Usain Bolt to be awarded a bronze at the Olympics in Beijing. Later in 2014, Thompson couldn’t keep the pace again as he was not running fast. A prove was when Thompson was the eighth fastest sprinter at Port in 2014. 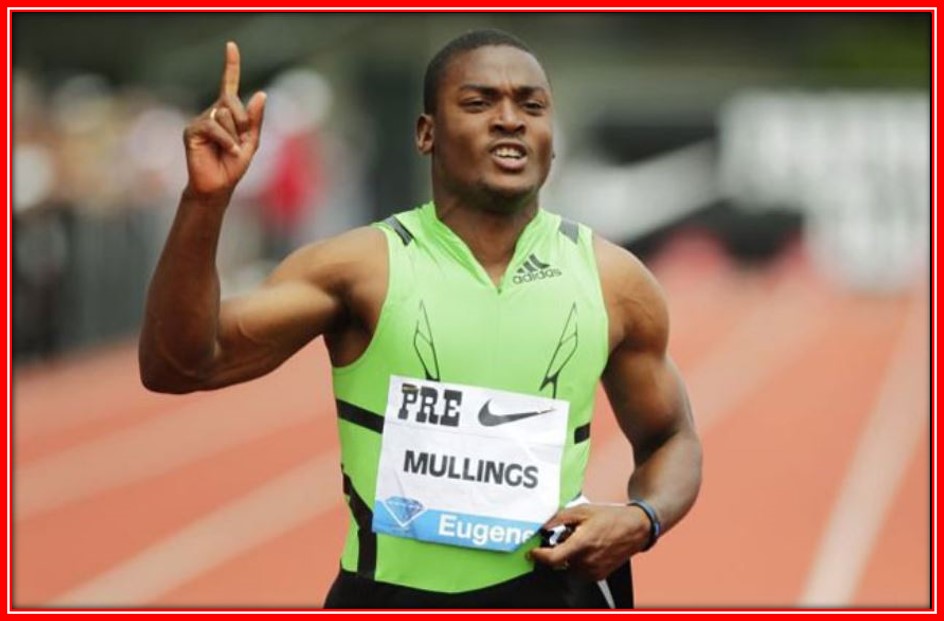 Its an honour for mullings being among the fastest runner in the world. As an athlete, He attained the 7th position in the world for a record of five times and a quick run in Oregon, all in 2011. During Oregon, he was the first sprinter to break the 10 seconds barrier. A short-term later, he was tested positive in a drug test, which led to the end of his career as he was banned for life. 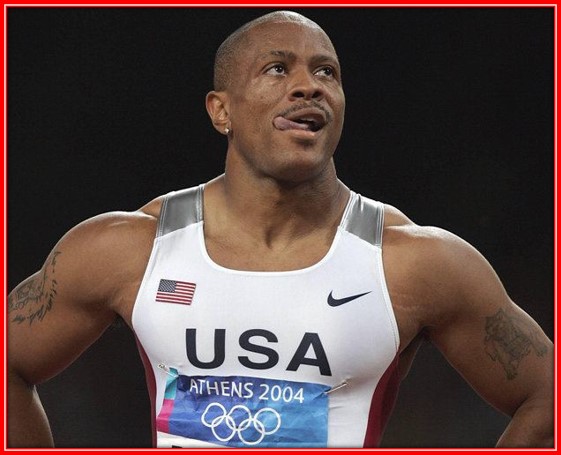 During the early years of his career, Greene was the fastest sprinter on five occasions, winning five Olympic medals and holding the 100 meters world record at 9.79. He is now the world record holder of 60 meters. He had a full of his cup until 1999.

Even at that, he did not only win the Seville World Champion Gold but also broke Donovan’s record. Greene defended his positions for six years before Asafa Powell later broke his record in 2005. His career saw an end when he was tested positive in a drug test. He was dropped from the sport and never to return. 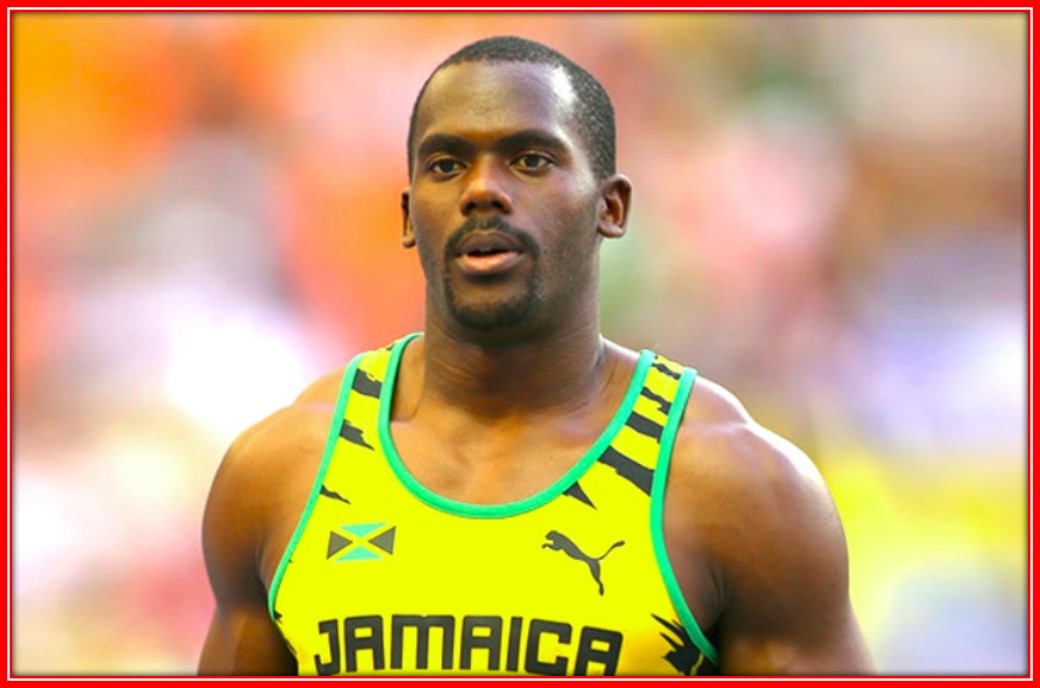 Being one of the American runners the world of athletics is proud of, Carter ranks as the seventh-fastest man in the world right now. His best personal record was initially 9.91.

Later in Rieti in Italy, Nesta Carter beat his personal record when he completed a 100m sprint in 9.78 seconds. he also happened to be a part of the team that broke the 9.8 seconds record. Notwithstanding, he was outranked in the 100 meters categories. The best career year for the American born is in 2006 when he had his first-ever best performance. 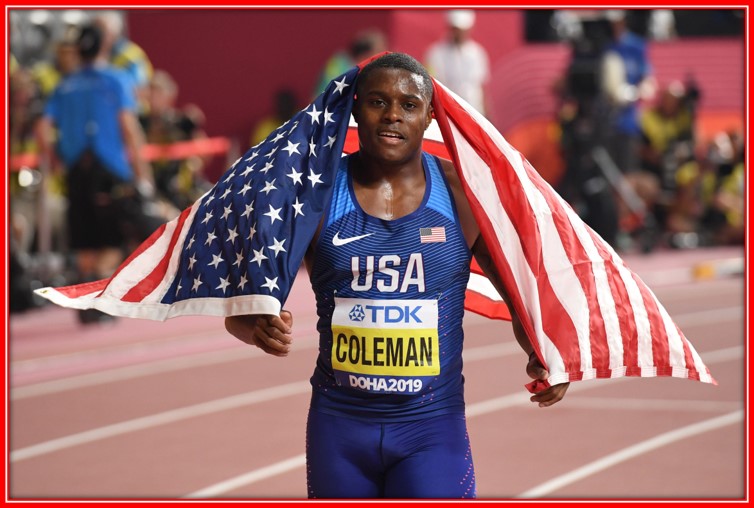 We all know he is one of the famous 100 meters and 200 meters competitors the world of athletics is endowed with. When it comes to the 100-meter dash, Coleman is a world champion. In 2019, at the age of 23, he added to his cabinet 100 meters gold medal, which was earned when he completed a 100-meter sprint in 9.76 seconds. Many people believed he was not capable of winning the medal on neutral ground if there were drug tests against the competition. 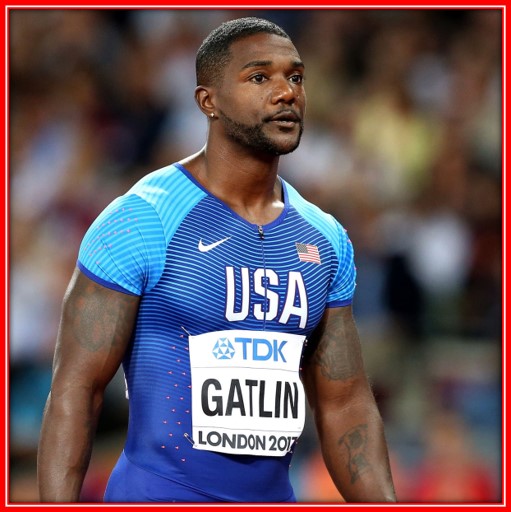 Many would have thought Justin would have been the world’s first fastest man when he completed a 100m sprint in 9.45 seconds to break Usain Bolt’s record. But he was denied the title because he was believed to have been assisted by massive wind turbines.

Nevertheless, Gatlin laid another personal best record to complete a 100m dash in 9.74 seconds. Moving on, he was suspended from international sports when he was tested positive for an amphetamine in 2001. Not giving up, he had his way back to the international sports four years later when he surprised the world with his fantastic performance to win the 2012 WIC in 60 meters. 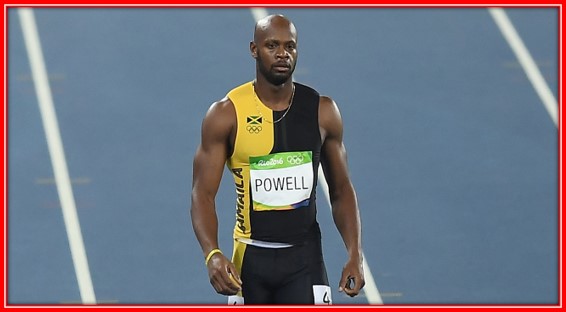 Before Usain Bolt came forward to hijack the title of the fastest runner globally, Asafa Powell, a Jamaican-born, was holding the title. Seeing him on the list, one is not surprised going by the fact that he has won four world champions 100 meters gold medal and several other medals.

For three years, between 2005 to 2008, Powell held the world record as the fastest runner to complete the 100m sprint in 9.77 seconds. He has, however, been defeated on this world record. He set his personal best record in September 2008 when he completed the 100m dash in 9.72 seconds, in the event that took place in Switzerland. 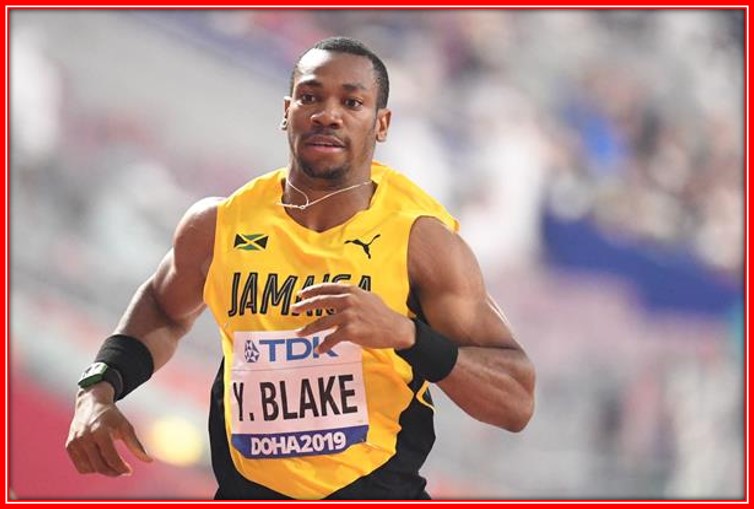 Nicknamed “The Beast,”  Blake is one of the famous runners to not miss out on every list of fastest runners. In fact, he is arguably believed to occupy the second position of the list of fastest runners in the world. As he was able to complete a 100-meter sprint in 9.69 seconds – the same run time with Tyson Gay.

To sum up, in all his international competitions, the Jamaican runner has been able to bag a total of 14 golds, four silvers, and three bronze medals. As of 2020, all eyes have been on Blake to become the fastest runner in the world. Despite age not be on his side, his current performance is still promising. 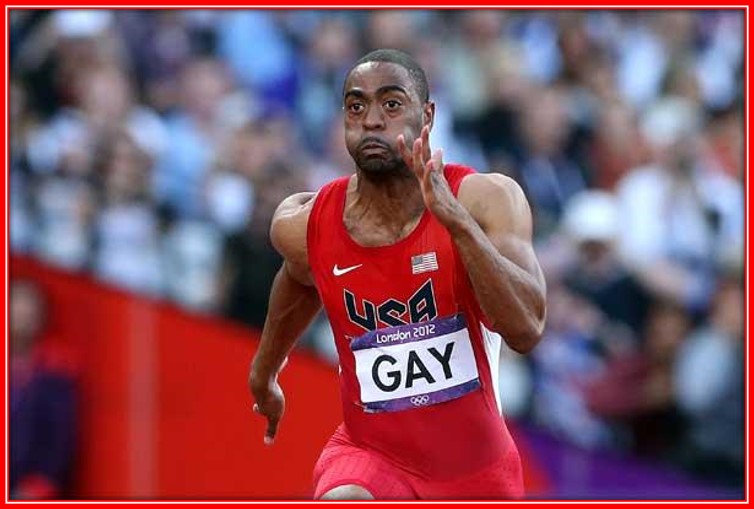 The American-born comes takes the second position in our ranking of the fastest runners in the world right now. Tyson became the world’s second-fastest sprinter when he achieved a 200-meter race in 19.58 seconds.

Similarly, he managed to complete a 100m race in 9.69 seconds, which was a plus to his fame. Looking at his amazing victory to become the first runner to ever complete the 100m in 10 seconds, the 200m in 20 seconds, and the 400m under 45 seconds we can say History will never forget the athlete. 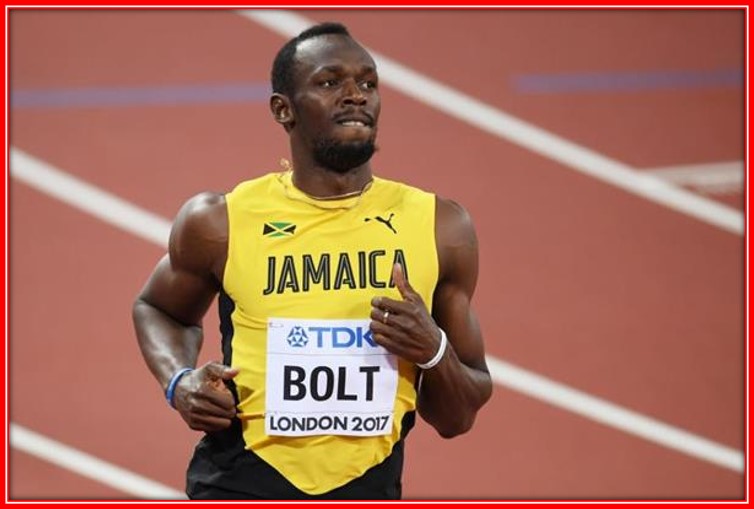 No doubts he is the fastest runner in the world right now. With a record 9.58 seconds in the 100-meter sprint. In the world of athletics, the Jamaican runner is simply a legend. This is backed up with several medals which he has won during his career as a runner. Bolt was also a member of the team that won the 4×100 in London, which they completed in 36.84 seconds.

Going through his one-decade reign in Olympics, the Jamaican was a famous competitor in the world. In total, he has bagged 33 gold and seven silver medals throughout his career as a runner.

There you have it, our top-10 ranking of the fastest sprinters in the world, based on their 100 meters record. What are your thoughts? Do you think any of them will break Usain Bolt record anytime soon? Please share your opinions with us in the comments section below.