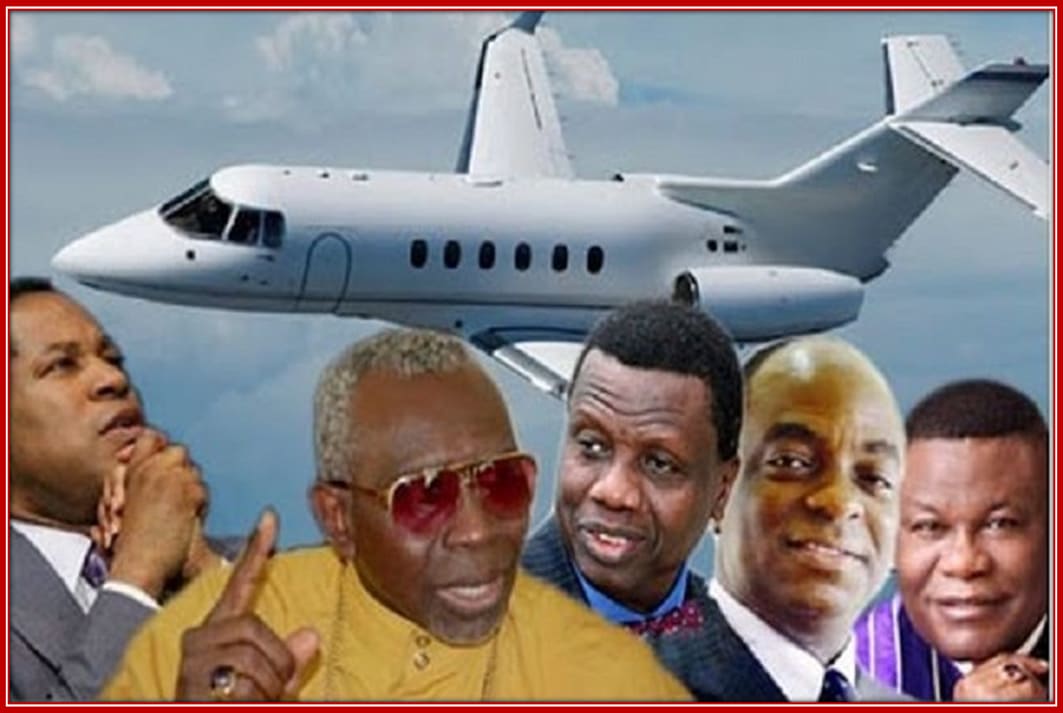 Have you ever imagined men of God, pastors featured on Top list of richest people in the world?. Did you know these popular preachers have over the years built mega churches and ministries worth millions of dollars in the Christian religion?

These wealthy pastors own private jets, live in multi-million dollars mansions, have assets scattered home and abroad that you wonder whether these preachers know what it takes to imitate.

Ranking Facts will take you through a list of the top 10 of these richest pastors in the world who are extremely wealthy, powerful and influential, and Africa as a continent lies in the ranking. So without further ado, let’s begin.

Did you know the richest pastor in the world is a Nigerian by descent? Yes, Bishop David Oyedepo (born 27 September 1954) gets the Gold Prize in our top ten richest pastors in the world. He is the owner and Presiding Bishop of Living Faith Church Worldwide alias Winners Chapel.

Bishop Oyedepo is by far the exact model of the prosperity God promised his children. He drives in exquisite cars, lives in a spiritual magnificent stronghold in the multi-million dollar property acquired by his church known as Canaan city.

In addition, He founded the Winners Chapel in 1981 and today the church is the richest in the country and in the frontline of the largest churches in Nigeria and Africa at large. As at the time of putting this up, Bishop David Oyedepo estimated worth is $150 Million.

Thomas Dexter Jakes (born June 9, 1957) is ranked the second richest pastor in the world with a financial estimated worth at $147 Million dollars. Aside from being a prominent pastor, he is also an author, actor, singer, and film producer. In addition, he is the founder of the potter’s house. At a time, his ministry was one of America’s most popular churches in Dallas, Texas with a capacity of over 30,000 worshipers.

Similarly, as an author, most of his best selling books include – Woman Thou Art Loosed and The Lady, Her Lover, and Her Lord. These books have sold millions of copies and have inspired many souls. In conclusion, Jakes lives a luxurious lifestyle, owning a mansion worth $1.8 million and is also among the pastors that own a private jet in the world

Coming at number three on this list is Pat Roberton, an estimated worth of $100 million. However, Pat Robertson (born March 22, 1930) is a preacher and a very successful businessman born in Lexington, Virginia.

Likewise, he is known as Marion Gordon Robertson. He once served in the United States Marine Corps before going to law school. He failed to pass the bar exam, and he afterwards joined the New York Theological Seminary.

Pat ran for president in the late 80s, but he was not successful. In the same vein, he became the founder and CEO of the Christian Coalition, which is a Christian Right group that raises money and public support for conservative political candidates.

Like many pastors, he has branded himself as a faith healer. Thereby, gathering many followers who hope their pastor can heal their illnesses. The church that Pastor Chris founded is known as Believers’ LoveWorld Incorporated aka “Christ Embassy”.

Although the church is based in Nigeria, it has spread to several other countries in Africa. This also makes the church one of the richest in Africa.

Similarly, the church runs an NGO called the Innercity Missions. It also has three Christian television channels that include LoveWorld Plus, LoveWorld TV and LoveWorld SAT. To sum up, Pastor Chris is estimated to have a net worth of $50 million dollars.

Joel Osteen is a televangelist in America and the pastor of Lakewood Church Services. He is a popular preacher and his sermons are watched all over the world. He has more than 7 million viewers from around the world.

With that said, Joel’s career doesn’t seem to have taken a significant hit. The truth is, he and the other people in charge of Lakewood Church had to be forced to make their facilities available for use by a massive public outcry.

As a result, it seems probable that his net worth will continue to grow for the foreseeable future

Sixth on our list is the Redeemed Christian Church of God General Overseer, Pastor Enoch A. Adeboye. His one goal in the ministry is to ensure that there would be a church around within five minutes of every home.

He has over 14000 branches in Nigeria and his net worth is $39 million. In addition, he owns a television station named Dove TV.

Being one of the most respected pastors in Nigeria because of his humility and unbiased nature. In addition, pastor Adeboye inspirational preaching has earned him a place among the top influential preachers in the world today.

Did you know Pastor EA Adeboye was a professor of Mathematics before his appointment as the General Oversea of RCCG?. To sum up, he is among the league of pastors who own a private jet, not forgetting the Redeemers University owned by his church.

The founder of World Changers Church International, Creflo Augustus Dollar is the next on our list. Creflo wears many hearts as an American Word of Faith teacher and pastor.

For him, Preaching prosperity is more important to him than Salvation, and he doesn’t shy away from this as he preaches it with all seriousness

Most importantly, the key message in his ministry is the will of God for you to prosper in every way. He publishes CHANGE Magazine, which is a quarterly international publication with over 100,000 subscribers.

Similarly, he has written many books which include, Claim Your Victory Today and 8 Steps to Create the Life You Want.

The pastor does not shy from showcasing his wealth as he is the proud owner of two Rolls-Royces, a million-dollar house, a private jet and several other assets.

Making the eighth position on our list is the Israeli-born televangelist, Benny Hinn. Born on the 3rd of December 1952, Benny is known for his miracle crusades, revival meeting, and faith healing summits that are usually held in stadiums in major cities.

These programmes are later broadcast worldwide on his television program, This Is Your Day.

He founded Orlando Christian Center church in 1983 and began holding his healing services there. Similarly, his followers believe Benny can heal any of their ailments if he prays over them.

In addition, Benny is an author and has published many books that other preachers like him use to guide their various ministries, especially on How to hear God’s voice.

Benny’s personal use of church-owned luxury goods has attracted criticism. Thus, the IRS and the United States Postal Service criminal investigators raided his headquarters in Grapevine, Texas in April 2017. As of putting this up, Benny Hinn’s net worth is reported to be about $25 million.

Temitope Balogun Joshua born on June 12, 1963, commonly referred to as T. B. Joshua, is a Nigerian charismatic pastor, televangelist and philanthropist. He is the Synagogue leader and founder of All Nations (SCOAN), a Christian megachurch that runs the Emmanuel TV television station from Lagos.

His church really reaches all nations and has many branches. Founded back in 1987, the church has grown in its operations into several countries globally, including Ghana, South Africa, Israel, Greece, and the United Kingdom.

T.B Joshua also has an online presence having owned millions of follower on his Youtube channel and one of the most influential Christian TV channels in Africa, Emmanuel TV with about 150,000 worshippers worldwide. To sum up, Joshua has a net worth estimated to be around $10 million.

To wrap up the world richest pastors on our list is Evangelist Joseph Prince. Born on the 15th of May 1963, Joseph is a senior pastor of New Creation Church based in Singapore. He was one of the church’s founders in 1983. Furthermore, Joseph has preached at churches in Australia, Canada, Great Britain, Italy, Indonesia, the Netherlands, Norway, South Africa and the United States.

There has been some controversy regarding the amount of salary he receives from the church. However, according to the church bookkeeping, he has not received any money from the congregation since 2009. Despite that Joseph estimated net worth is reported to be around $5 million.

10 Religion Facts for the Curious Mind